The unlawful and unjust killing of George Floyd in Minneapolis, Minnesota on 25th May 2020 sparked a wave of protests across the world, with thousands taking to the streets in a display of solidarity with the Black Lives Matter movement, including in Northern Ireland. At the beginning of June, Black Lives Matter protests took place in Belfast and Derry/Londonderry. Three months on, the Human Rights Consortium, in partnership with the Equality Coalition and Transitional Justice Institute, took a look at the impact of these protests, in the context of Northern Ireland with their event ‘Black Lives Matter: Protest and Pandemic’, as part of their ‘Covid Conversations’ Webinar series.

James Uhomoibhi, an Ulster University (UU) lecturer and chair of the UU BAME network, spoke at the Covid Conversations event. He highlighted the important role played by education in creating a more inclusive society in Northern Ireland, which celebrates and promotes diversity. He emphasised the distinction between education and schooling; whereby one is to achieve qualifications, and the other is to shape the beliefs and values of the individual. In James’ view, this shaping of the individual must happen both at home and in school, so that as a society, our children may grow to be positive contributors to a society that recognises, acknowledges and accepts differences, and embraces diversity and equality. In this way, he believes education has the power to act as “a catalyst for transformation.”

We also heard from a migrant Health Service worker, with a degree in social sciences and a Masters in Human Rights, who has been living in Northern Ireland for more than a decade. She shed an important light on the experiences of BAME communities in Northern Ireland, for many of whom racism is a part of their daily lives. Despite the prevalence of racism in Northern Ireland, she emphasised that it is an issue that often takes a back seat, with focus usually being given to sectarianism. However, as she pointed out, racist incidents have outnumbered sectarian incidents for the past four years. In her view, there is a high level of “racial illiteracy” in Northern Ireland, which prevents relationships being formed across racial lines and prevents people from BAME communities reaching their full potential.

We also heard from a representative of the Northern Ireland Somalian Association, who also pointed to the lack of understanding and awareness regarding racism in Northern Ireland. In her view, there is an urgent need for education, at both school level and in wider society, if we are to address this issue and become a more tolerant and equal society.

An important issue raised by each of the speakers was the unfairness of fines being distributed to Black Lives Matter protestors and organisers in Northern Ireland. The protests were organised in strict accordance with social distancing guidelines, with most in attendance wearing face coverings to mediate the risk of Covid-19 being spread. Despite this, 60-70 fines were issued to protestors, and organisers of the event are now being prosecuted under the ‘Serious Crimes Act’ for aiding and abetting alleged breaches to Covid-19 regulations. In contrast, following the protests, counter-protests and other public gatherings took place across Northern Ireland, without any police hostility or fines being issued; many of which saw those in attendance not adhering to social distancing or wearing face coverings. Each of the speakers pointed to the institutionalised racism and differential treatment on display here, and emphasised the need for decriminalising those involved, following an inquiry by the Police Ombudsman.

The event highlighted the need for vital conversations to continue to take place regarding racism in Northern Ireland, not just in the months but the years following the death of George Floyd, and the countless other BAME people who have lost their lives to racism. This include listening to the concerns of BAME people, amplifying their voices, validating their experiences, and discussing and challenging the ways in which white supremacy is upheld through institutionalised racism and white ignorance. Importantly, there must be a shift in how we view Northern Ireland, not as a place with only two communities, but as a multi-cultural and ethnically diverse society. 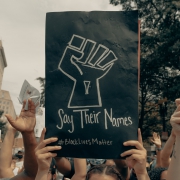 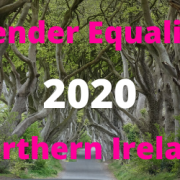 Gender Inequality in Northern Ireland: Where are we in 2020? 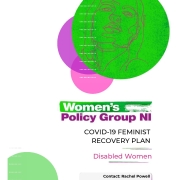 Disabled Women and Covid-19
Advice NI are offering FREE digital skills training in partnership with The...

If You Have Something to Say, WRDA Can Help You Get Heard!
Scroll to top