The History of WRDA

You are here: Home1 / The History of WRDA

The Women’s Resource and Development Agency began life in 1983 as the Women’s Education Project. WEP was committed to women only classes where women were able to learn in a supportive environment, with a learning approach that broke down hierarchies and stressed the validation of personal experience. 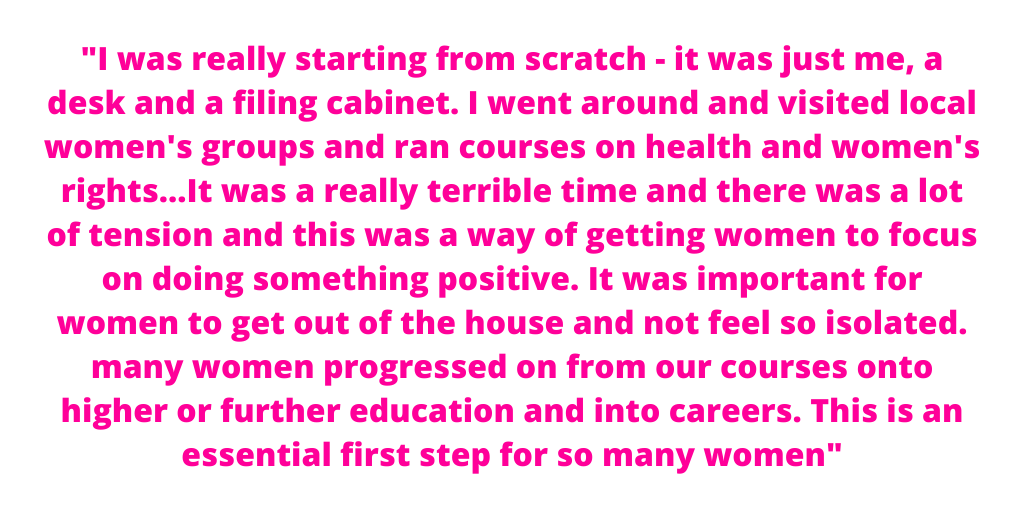 All this hard work paid off when, in April 1993, the WEP received its first substantial core funding from the Department of Health and the Central Community Relations Unit. WEP was now engaged in education and training, research and consultancy work.

In 1992 the membership voted to rename the organisation the Women’s Resource and Development Agency to better reflect the remit of the charity. Two years later WRDA was able to purchase 6 Mount Charles where we are still based today. 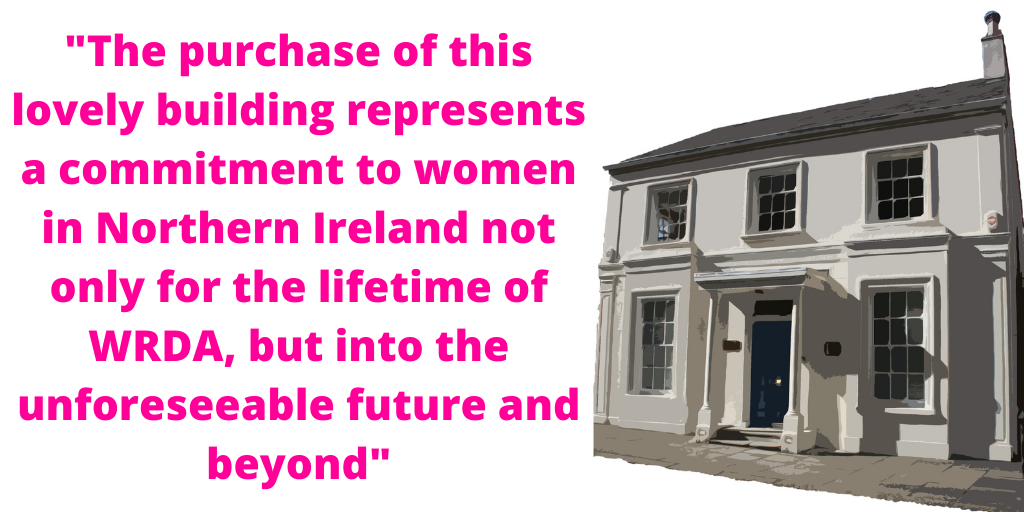 1995 marked another major milestone for WRDA with the establishment of our Community Facilitator Programme which has now entered its 25th year. The programme was established after Liz Curran (Outreach Access Worker) observed that there was a pool of women in communities with the commitment and capability to spread and facilitate awareness of and participation of women in training and educational opportunities. Our Community Facilitator Programme continues to be a core part of our work and has gone from strength to strength. Our current Training Development Coordinator is Deirdre Quinn.

WRDA recognised early the power of ICT to bring women together and strengthen the movement. In 1996 WomensLink, the first community based e-group in Ireland, was launched. 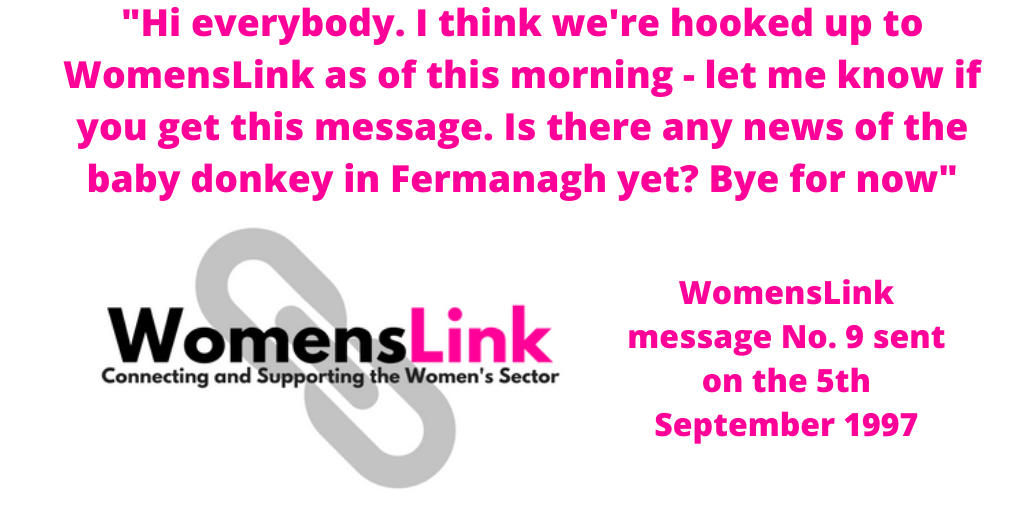 WomensLink was the first community based e-group in Ireland and is still going strong today.

Women’sLink continues to be an online space for women’s sector colleagues and activists to network, discuss and share experiences, and engage with other women on the issues facing the sector.

In 2010 WRDA was involved in a ground-breaking project that culminated in the publication of ‘Women and the Conflict – Talking about the Troubles and Planning for the Future’. As part of this project 128 women talked about the impact of the Troubles on their lives and their hopes for the future. This remarkable document was called ‘a vital piece of social history’ by then Junior Minister Jeffrey Donaldson. WRDA remains committed to grassroots good relations work, there can be no peace without women.

The low numbers of women MLAs and Councillors meant that there were few champions to ensure that political decisions reflected the needs of women. It was decided that a lobbyist for the Women’s Sector was needed to enhance channels of communication between the women’s sector and decision makers. Lynn Carvill was appointed to the role Women’s Sector Lobbyist in 2008 and the current Lobbyist is Rachel Powell. Over time this role has assumed great importance for the Agency and the Women’s Sector as a whole, as engagement with political parties has been enhanced and women have a much greater understanding of policy issues and the importance of providing evidence-based information to decision makers. 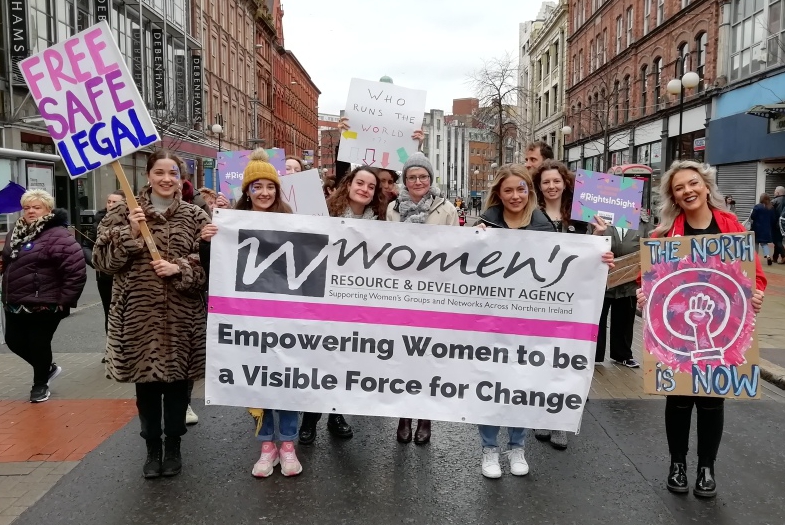 WRDA Board Members, staff and volunteers at International Women’s Day 2020.

WRDA was one of the first organisations in the formal women’s sector to adopt a pro-choice position internally and explicitly state this in our work with partners. We have provided leadership in this area by helping facilitate training and capacity building for other women’s sector organisations through partnerships like the Women’s Regional Consortium or Reclaim the Agenda and grassroots women’s centres. Our position paper on Reproductive Right and Justice can be downloaded here.

For more than three decades WRDA has been a champion of women’s rights. Our fortunes have fluctuated over the years but our commitment to feminist principles has never wavered. We remain completely committed to achieving a fair and equal society where women are empowered and are a visible force for change and influence in all areas of life. If you would like to join us consider applying for membership. Our membership is free and is open to all women and gender diverse people as well as groups.