Women’s organisations from across the four nations of the UK have come together to collaborate on a project which will tackle sexual harassment in the workplace, funded by Rosa and the Justice and Equality Fund Now’s the Time programme.

The project aims to enable a shift towards a preventative approach, equipping employers with the tools to be more proactive in their efforts towards eradicating sexual harassment. The current approach relies on women reporting their experiences that can be incredibly sensitive and traumatic, putting them in a vulnerable position personally and within their workplaces. The four organisations are working to challenge the power imbalance between women and men which maintains inequality and creates a culture where sexual harassment is normalised and can go unchallenged. The project will seek to work from an intersectional approach which analyses and challenges the ways that differently positioned women are targeted for sexual harassment, for example on the basis of their ethnicity.

The project, which will run over two years, will provide evidence of what works in tackling workplace sexual harassment, develop new resources for employers and campaign for change. The project will benefit from the contribution of the unique expertise of each organisation.

The four organisations working on the project are Wales-based Chwarae Teg (FairPlay), England-based The Fawcett Society, Scotland-based Close the Gap and the Women’s Resource and Development Agency, which is based in Northern Ireland.

Working across the four nations of the UK, the partners will review best practice in responding to sexual harassment in the workplace, and explore ideas around independent reporting mechanisms. The project will also research how employers, managers and employees view current experiences and will create employer focussed resources to promote a proactive, responsive culture, making workplaces better environments for everyone.

“I am really pleased that the Justice and Equality Fund is supporting this project which is focussed on addressing sexual harassment in the workplace.”

“In the last two years we have seen unprecedented attention being given to violence against women and girls, including sexual harassment. We are determined to not lose that momentum. If we are to end sexual harassment, we need widespread cultural change. This project, working across four nations, is part of that shift. All four organisations are working collectively to ensure that women are able to work in environments that are free from sexual and other harassment. But this initiative is not only about making sure that workplaces are safer and more accountable, ultimately this project is also contributing important building blocks for a more just and equal society.”

“I am delighted that the Justice and Equality Fund catalysed by TIME’S UP UK is funding a coordinated UK-wide project to tackle sexual harassment in the workplace by developing new resources for employers. The four organisations involved have strong track records in each of their nations and bring this expertise to the partnership. Heading into 2020 there’s going to be a lot more noise around sexual harassment in the workplace, especially as Weinstein’s criminal trial begins. Culture is changing, bit by bit, but it is initiatives like these that can drive the speed of change for good.”

“We know that sexual harassment, and fear of potential sexual harassment are significant barriers to women accessing and progressing in the workplace.  Recent research conducted by Chwarae Teg into the career aspirations of young women in Wales showed that women as young as 16 are being put off considering careers in some male dominated sectors for fear of facing sexual harassment.

“It’s essential that we move away from the position where the onus is on the victim to come forward, towards a culture where the employer and management take a proactive stance.  This is why Chwarae Teg is excited to be working with our partner/sister organisations across the UK nations on this ground breaking project.  It is our aim for the project to result in real, tangible tools for employers to use with a view to eliminating sexual harassment in our workplaces.”

“Sexual harassment is endemic in our workplaces and this won’t change until employers own responsibility for their organisational culture and take steps to prevent it.  This project will provide evidence-based interventions which work to deliver lasting change.”

“Gender inequality means that all women are at risk of sexual harassment at work and evidence shows that younger women, and women in low-paid, insecure work are particularly at risk. However, women across the labour market describe a lack of confidence in their employer to appropriately prevent, investigate, and sanction individuals responsible for sexual harassment.”

“We’re delighted that this project will enable Close the Gap to build on our innovative local government employer accreditation programme, Equally Safe at Work, and the Think Business, Think Equality online self-assessment tool for SMEs, by developing bespoke training and resources for employers in Scotland. Importantly, it will support employers to understand their role in preventing sexual harassment, which contributes to the gender pay gap.”

“WRDA is delighted to be a part of this project which will tackle workplace sexual harassment across the UK. The MeToo movement barely scratched the surface of the issue and there are many industries where the problem is even more pervasive. Creating a workplace culture which does not tolerate sexual harassment in any form is vital to improving the working conditions of women workers as well as to tackling gender inequality more broadly. We also hope to work with Trade Unions on this so as to ensure that there is a robust support system for those who have fallen victim to this all too common form of harassment and discrimination.”

About the Fawcett Society

The Fawcett Society is the UK’s leading membership charity campaigning for gender equality and women’s rights at work, at home and in public life. Our vision is of a society in which women and girls in all their diversity are equal and truly free to fulfil their potential.

Find out more at: www.fawcettsociety.org.uk

Established in 1992, Chwarae Teg (Fair Play) is Wales’s leading gender equality charity, working to ensure that women in Wales can enter the workplace, develop their skills and build rewarding careers. We run projects, networks, campaigns and research projects, all with the common goal of inspiring, leading and delivering gender equality in the Welsh economy.

Find out more at: www.chwaraeteg.com

About the Women’s Resource and Development Agency

WRDA is a Northern Ireland wide regional organisation whose mission is to advance women’s equality and participation in society by working to transform political, economic, social and cultural conditions. The organisation was established in 1983 and works with women’s groups from both traditions in the most disadvantaged communities and from other urban and rural areas of NI.

Find out more at www.wrda.net

About Close the Gap

Close the Gap is Scotland’s policy advocacy organisation working in Scotland on women’s labour market equality. We work with policymakers, employers and employees to influence and enable action to address the causes of the gender pay gap. Close the Gap has been operating since 2001.

Find out more at www.closethegap.org.uk. 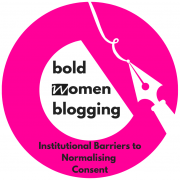 Meeting With Secretary of State Requested
Scroll to top