Skip to toolbar
Blog
You are here: Home1 / Blog2 / Latest News3 / In My Own Words: Creative Writing Project 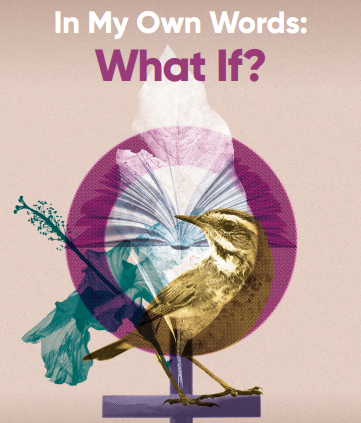 In My Own Words is a creative writing project delivered by independent Theatre Company Prime Cut Productions. The project is your chance to contribute an Anthology of New Writing from women across Belfast and hopefully a Digitised Performance designed as both a learning tool and a work of art in its own right. It is aimed at participants from a diverse range of communities, an opportunity for women in Belfast who feel that their narrative has gone unheard and been ignored to express themselves.

To take part you must:

The group will meet for ten, two hour long sessions on the following dates;

The theme will explore how women have been or are seen by wider society in the past and how you feel you want to be be seen now.

In My Own Words is based on partnership and delivered in exactly that way.

The project will bring together the expertise of both Prime Cut in the arts and our Community Partners in the social and community sector to create impactful, memorable work, that resonates and reflects the place in which it was made and the people who made it.