Skip to toolbar
Blog
You are here: Home1 / Blog2 / Latest News3 / WPG calls for a Violence Against Women and Girls Strategy as a matter of...

Femicide is also a growing issue, and in 2017, Northern Ireland had the joint highest femicide rates in Europe. According to the Femicide Census, on average a woman is killed by a man every three days. Much greater work is needed to address violence against women, including through a specific strategy tackling Violence Against Women and Girls.

Northern Ireland is currently the only part of the UK without a specific strategy to recognise and combat violence against women and girls. Despite recent developments of the Domestic Abuse and Family Proceedings Bill, Northern Ireland is not currently meeting its international obligations. Under CEDAW’s General Recommendation 35 on gender-based violence, it is stated that violence against women.

‘occurs in all spaces and spheres of human interaction, whether public or private, including in the contexts of the family, the community, public spaces, the workplace, leisure, politics, sport, health services and educational settings, and the redefinition of public and private through technology-mediated environments.’

Further, in the most recent Concluding Observations for the UK Government, the CEDAW Committee welcomed the adoption of measures to combat violence against women and girls in England, Scotland and Wales, but were:

‘concerned about the lack of uniform protection of women and girls from all forms of gender-based violence across the jurisdiction of the State party, noting with particular concern the inadequacy of laws and policies to protect women in Northern Ireland’

Therefore, CEDAW recommended that the UK:

‘Adopt legislative and comprehensive policy measures to protect women from all forms of gender-based violence throughout the State party’s jurisdiction including Northern Ireland.’

Further, the Domestic Abuse and Family Proceedings Bill still does not meet the obligations of Istanbul Convention which aims to prevent all forms of violence against women, protect those who experience it and prosecute perpetrators. It is worth noting that the UK Government is the State party responsible for meeting these international obligations, and that the UK Government has signed, but not yet ratified the Istanbul Convention. However, as the Westminster Domestic Abuse Bill does not cover Northern Ireland, the Domestic Abuse and Family Proceedings Bill is the devolved equivalent and falls far short of recognising and combatting violence against women and girls.

The introduction of safe leave should be accompanied by a requirement for employers to have a Domestic Violence policy negotiated with trade unions. This policy should require employers to provide training to their staff, developed with specialist violence against women and girls services and trade union representatives, to ensure their first response to survivor employees is safe and appropriate. Enhanced training should also be provided for line managers and HR professionals.

Safe leave should also include possible options of being in the work building to use phones or facilities eg; email, but without working. Many people in situations of domestic abuse need to arrange other safe places to stay, changes to details, banking changes or more and to make arrangements somewhere out of the way of their abuser(s). Allowing staff, where possible, to use workplace facilities to help them access safe housing or make changes to address details etc. would be useful if done discreetly for their own safety and mental wellbeing.

The impact of domestic abuse on the physical and mental health of victims and survivors more than justifies the need for paid safe leave, as research by Women’s Aid shows that 45% of women survivors of abuse reported having mental or emotional health problems as an effect of the abuse.

The Women’s Policy Group, the wider women’s sector and Women’s Aid Federation Northern Ireland have been consistently calling for a specific Violence Against Women and Girls Strategy as a matter of urgency. Women and girls in Northern Ireland should be afforded the same rights and protections from domestic abuse and gender-based violence as is available in the rest of the UK. 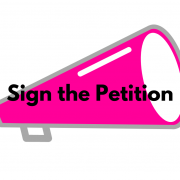 Briefing on Domestic Violence and Abuse – COVID-19 and Legislative Reforms

WPG Disappointed by Law Commission Decision not to Recognise Misogyny as a Hate...
Scroll to top