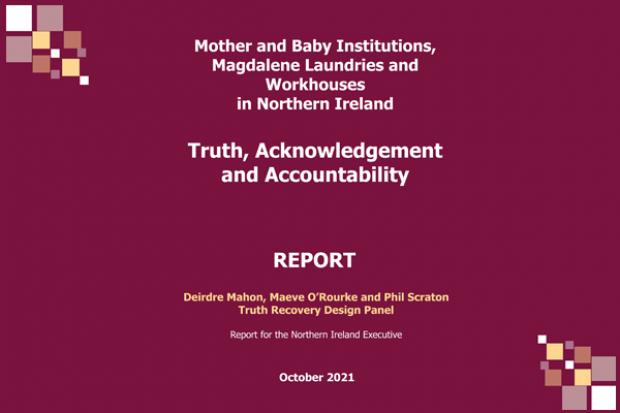 WRDA welcomes the publication of the report on the institutions, including Mother & Baby Homes and Magdalene Laundries in Northern Ireland, to which over 13,000 women, referred to as ‘unmarried mothers’, were sent over a period of many decades.

A panel of three experts known as the Truth Recovery Design Panel have highlighted three central issues; that the women were held there against their will, that they were forced to give their babies up for adoption, and that they were used as unpaid labour by the institutions themselves. These grim realities were told by survivors for many years but there has as yet been no official recognition of these facts, or any redress offered.

Survivors and their relatives have highlighted the fact that this system was not run entirely or exclusively by the various churches involved; the state was a part of this system and social workers were regularly involved in enforcing family separation. They have also shown how in many cases the system worked on a cross-border basis, linking the issue very clearly with the similar system operating in the Republic of Ireland.

The report states unequivocally that there is “clear evidence of gross and systematic human rights abuses, with panellist Professor Phil Scraton describing it as “one of the great scandals of our time”.

Acknowledging that it may take years to uncover the truth, but stressing how important it is to persist nonetheless, the panel have made a number of recommendations as to the way forward. Most importantly, these are endorsed by the survivors and relatives of those subjected to the abuse:

They also call on “all state, religious and other institutions, agencies, organisations and individuals complicit in the processes of institutionalisation and forced labour, family separation and adoption to act without delay in issuing unqualified apologies”.

WRDA urge action on all of the recommendations immediately and encourage an examination of the misogyny that allowed this system to operate for so long to begin. Most of all, we extend our support and solidarity to all survivors and families.