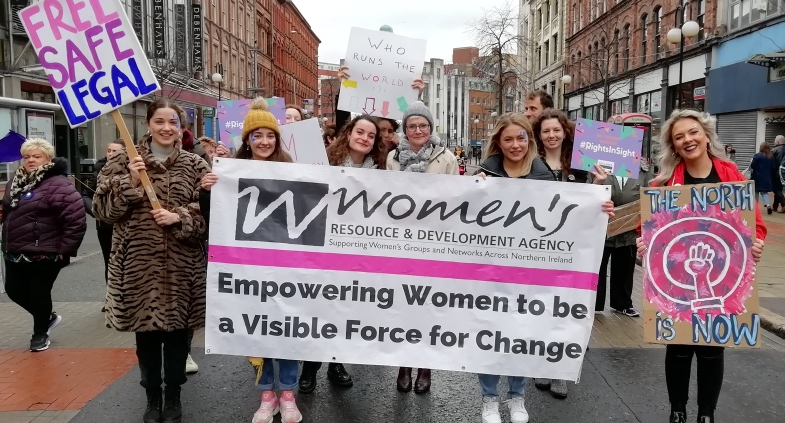 On the 7th of March a large crowd of people gathered in Writers Square to mark International Women’s Day. Before the march took off the crowd was entertained by group singers, face painting and free tea and coffee which was very welcome on a bright but cold day. The theme for this year, Rights In Sight, was chosen to celebrate the rights we have achieved such as Equal Marriage and legal access to abortion but also to remind us that these rights are just in sight, we still have to achieve delivery.

The march made its way through the streets of Belfast to curious looks and shouts of support. We were marching to live free from poverty, discrimination, domestic and sexual violence. We were marching for healthcare that meets our particular needs, affordable childcare and equality in decision making. These are rights that will help everyone who lives here but one young man still attempted to disrupt the march. Reclaim the Agenda has reached out to him and offered to meet with him to discuss why he couldn’t support these rights. So far they have received no response because Toxic Masculinity does not like to be challenged.

The march was addressed by the Deputy Lord Mayor, Peter McReynolds, who welcomed us to City Hall and delivered a stirring speech on equality. The crowd was also addressed by Elaine Crory from Raise Your Voice, Katrina McDonald from NIRC, Danielle Roberts from Here NI, Sipho Sibanda from End Deportations Belfast, Jennifer McCarey from Unison Glasgow and Ellie Crawford from UK Schools Climate Strike. Sipho Sibanda called to our attention the women held in Larne House Detention Centre. The women are held in non-gender segregated facilities and so self-confine to their rooms for most of the day for safety. The women imprisoned in Larne House have committed no crime and are imprisoned because of their immigration status only. To find out more about the injustices faced by migrant women follow End Deportations Belfast on twitter @BelfastEnd.

International Women’s Day 2020 was organised by Reclaim the Agenda. 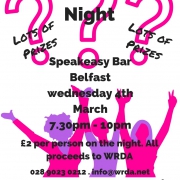