You are here: Home1 / Welfare Reform

The women’s sector has been working on welfare reform for almost a decade now and we have consistently highlighted the disproportionate impact of cuts to social security and public services on women. WRDA supported the Empty Purse Campaign which successfully demanded the NI Executive introduce measures to mitigate against some of these impacts such as fortnightly payment of benefits rather than monthly, and couples automatically being able to split a household benefit payment so as to reduce the potential for financial abuse. 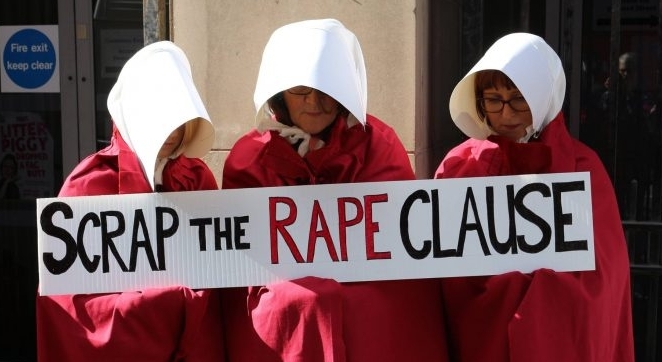 Recently we’ve focused on campaigning to scrap the two child limit on child tax credits and Universal Credit, a policy which the United Nations has now called a violation of women’s rights and recommended that the UK government should repeal it. 600 women came out to protest this policy on 22nd of September 2017 and as this harmful welfare policy is currently being tested in the UK courts we continue to oppose it and tell the stories of women who have been driven out of work or into poverty because of it. 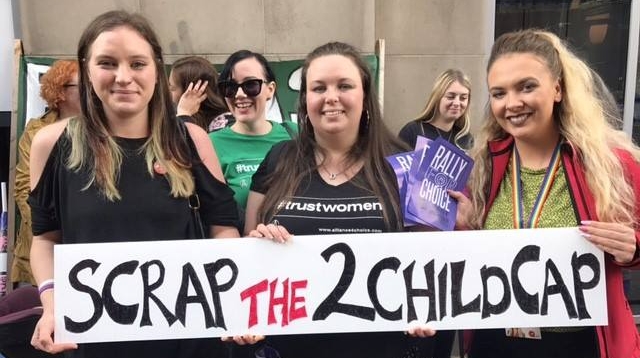 We’ve also challenged the Department for Communities on the very low numbers of couples claiming split payments for Universal Credit, something we fought hard for but which they have failed to effectively implement. We have produced an information leaflet which has been disseminated to advice centres and constituency offices in order to make more people aware that they have a right to a split payment. You can download a copy here.

We join with other organisations fighting the harm that the welfare system is doing to vulnerable people such as trade unions, disability organisations and human rights organisations like Participation and the Practice of Rights. We’re also members of the Cliff Edge Coalition as we campaign for the extension of welfare mitigation measures which are due to run out in March 2020. Many people don’t even know they are receiving a mitigation payment and the impact of these measures being suddenly removed is likely to be devastating. We support calls for Universal Credit to be scrapped as it is a system that it set up to catch people out and isn’t providing the safety net that social security is suppose to provide. We also believe that PIP is abusing the rights of sick and disabled people and support calls for a human rights compliant system that does not involve private companies who are profiting while millions of people are having their living allowances cut.

In August 2021 Rachel Powell sent a letter on behalf of WRDA to all MPs  representing NI asking them to vote to retain the £20 uplift to Universal Credit. You can read the letter here. A letter has also been sent from WRDA to the NI executive requesting that they progress the legislation to extend the current
welfare reform mitigations package at the earliest opportunity. You can read this letter here.